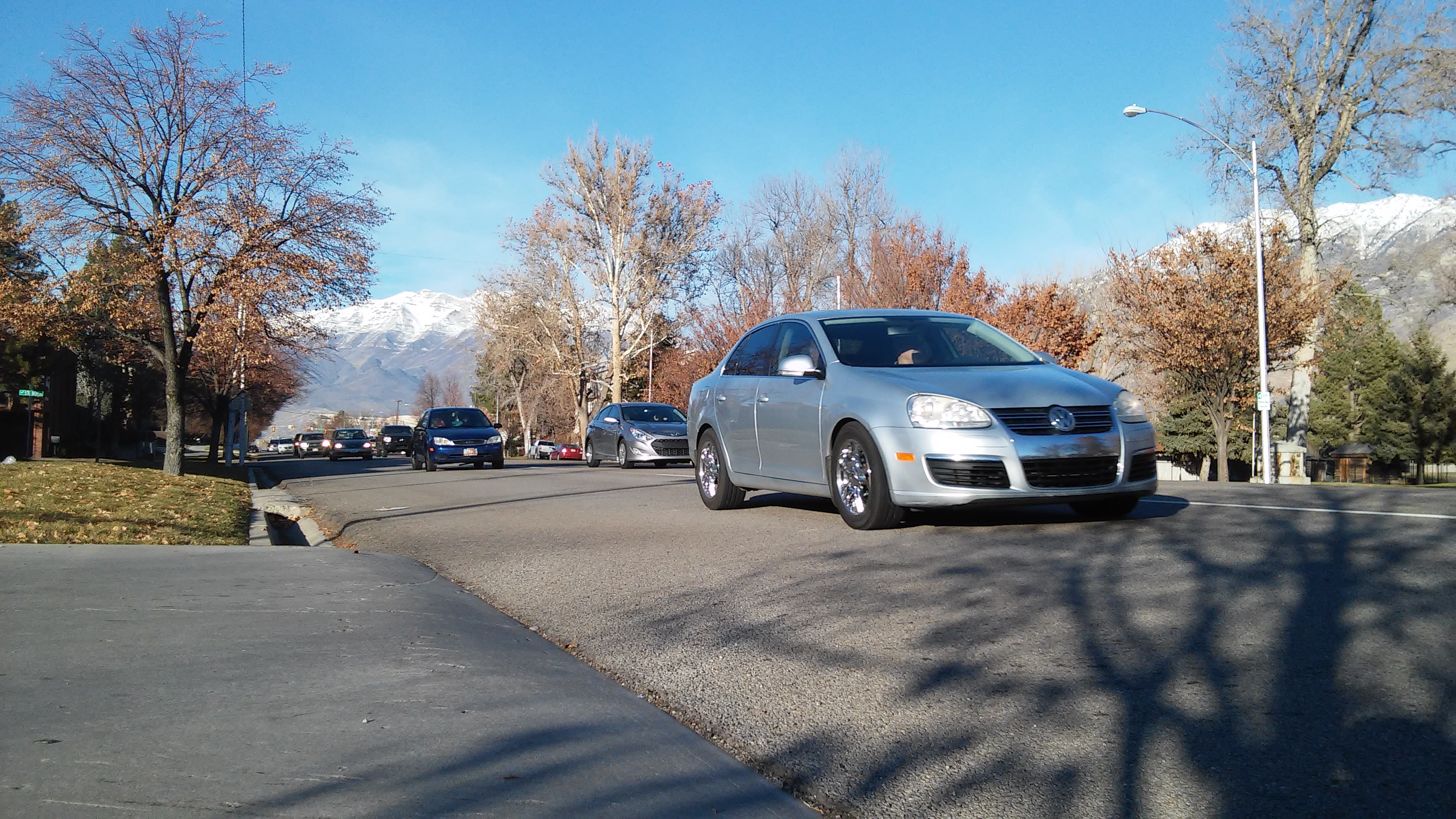 I’m exploring a site along Provo’s 500 West, which a SafetyAnalyst project identifies as one of the most crash-prone stretches of road in the county. SafetyAnalyst allows a transportation researcher to combine data and other analytical tools to identify roadway segments and nodes which are statistically more dangerous than others, controlling for many other factors.

In this document, we’ll explore the negative and positive aspect of the street’s current design, and I’ll make a few recommendations to improve its safety. According to the course document, the graduate student and his advisers calculated the data for Utah County. They identify these as the primary sources of collisions on 500 West (from 500 North and 800 North): 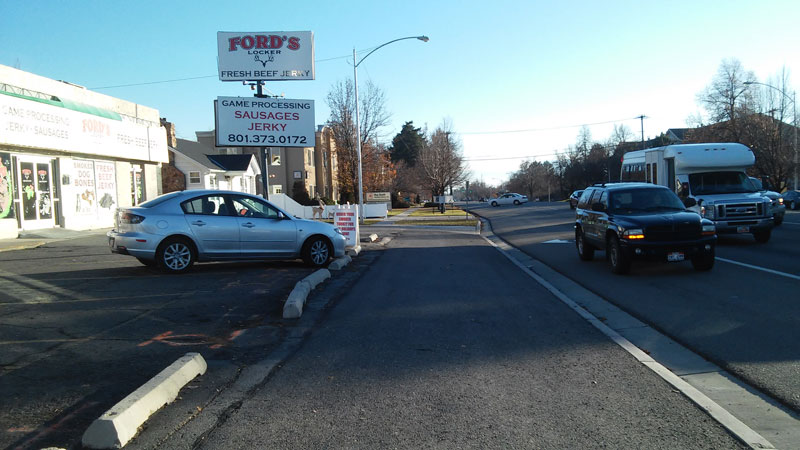 I expected to find a street in poor repair with a large number of obvious safety concerns. I found a street that, in my view, appears to be one of the safer ones I’ve seen. However, among the good, there are a few nit-picking flaws. One or more of these may contribute to the street’s collision rate.

Reasoning: The current speed limit is sending a mixed message. It’s slow enough to make many local drivers treat the road like a neighborhood.

I found nearly half the drivers (in my non-scientific sample of driving the street 2 times in each direction) are travelling at or below 30 miles per hour. If I wanted to maintain 40 (consistent with more northern segments), I found myself making a lot of lane changes. These slower drivers acted somewhat inattentive — which may make them more prone to a rear-end collision during busier hours. Slower limits seem to subconsciously trigger that “I don’t have to pay attention, because at this slow speed I can stop on a dime.”

Raising the limit to 40 sends a clear message this street is an arterial for moving cars. Higher speeds are less comfortable, especially in the context of the existing street design. It may force drivers to pay closer attention to the traffic in front of them. This should reduce the number of rear-end collisions.

In addition to the 40 limit, reducing lanes from 12 to 11 feet could also add to driver discomfort, promoting attention.

Reasoning: This is such a cheap solution, I could personally pay for it (though I’m not volunteering). The white stripe sends one last reminder to an inattentive driver drifting toward a parked vehicle that he’s about to hear a loud crashing sound if he doesn’t change course. The reflective white paint may be easier to see in the dark than the reflectors on a parked car.

Reasoning: I concede this needs a traffic study to determine if the benefit of reduction in conflict points from driveways outweighs the detriment of drivers engaging in risky behavior to avoid or circumvent the median. If it does, it should reduce the number of angle crashes along the street.

Reasoning: If the roadway is well-lit, drivers can see obstructions better, which should reduce nighttime collisions of all categories. 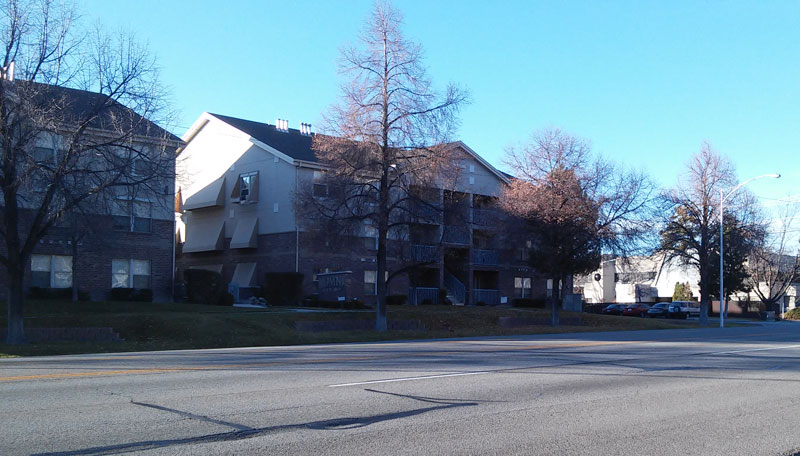 Honestly, the roadway doesn’t look that bad.  If it hadn’t been for good, solid statistical analysis I never would have suspected this segment as being problematic.  That’s a credit to the project Mr. Kelley did.