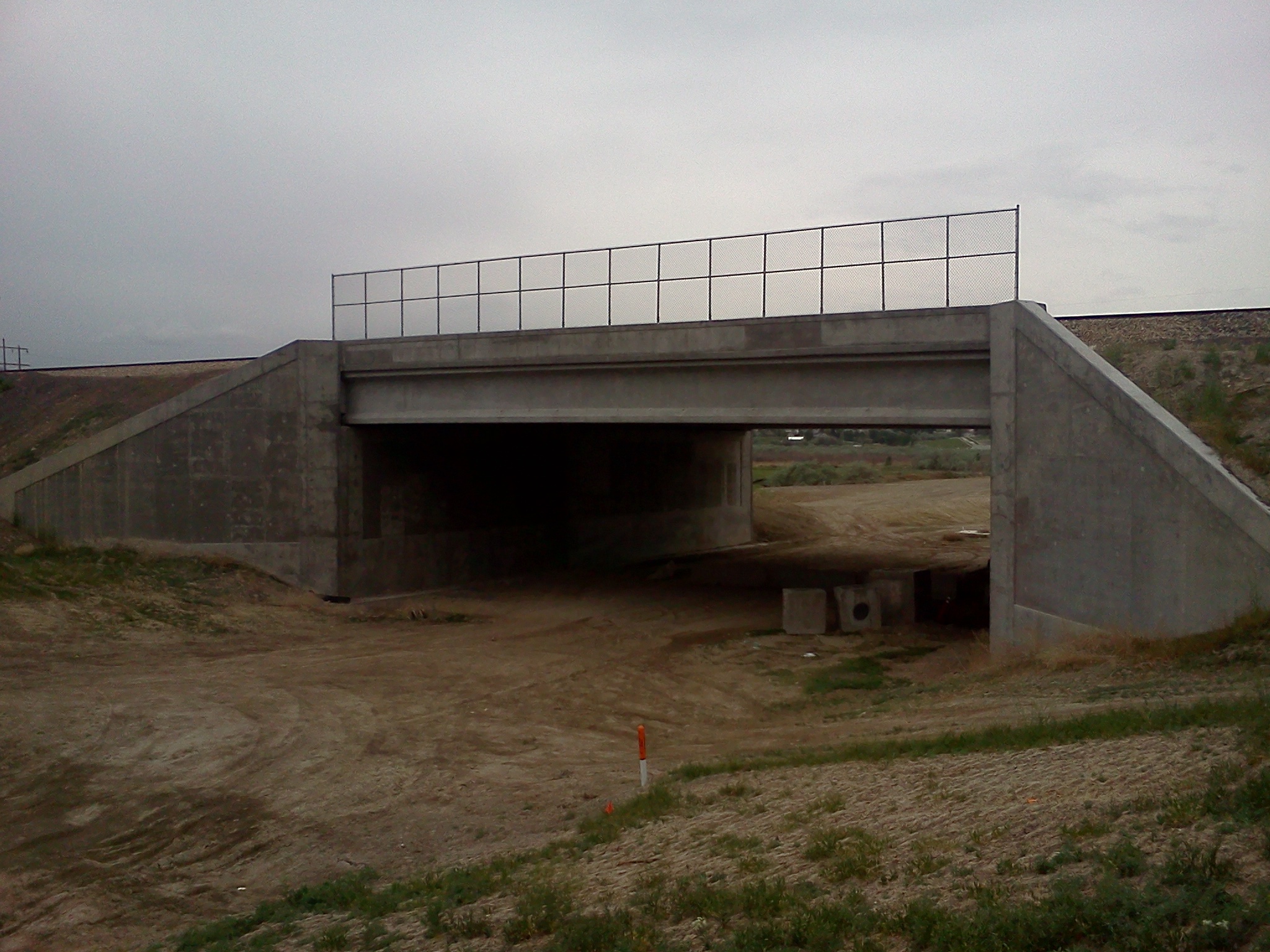 There’s a series projects which demonstrate some good long-term thinking in Draper, Utah.

When UTA built its Frontrunner commuter rail line, it built this overpass even though there isn’t a road for yards around (I’d say miles, but there are many roads within a mile).  Good thing, too, since it’s a looooooong drive around (red).  In a future year when the city of Draper builds a road underneath, it’ll cut off miles of driving (green) between those living on the east side of the rail line, and the new commercial development and Frontrunner station west of the rail line: 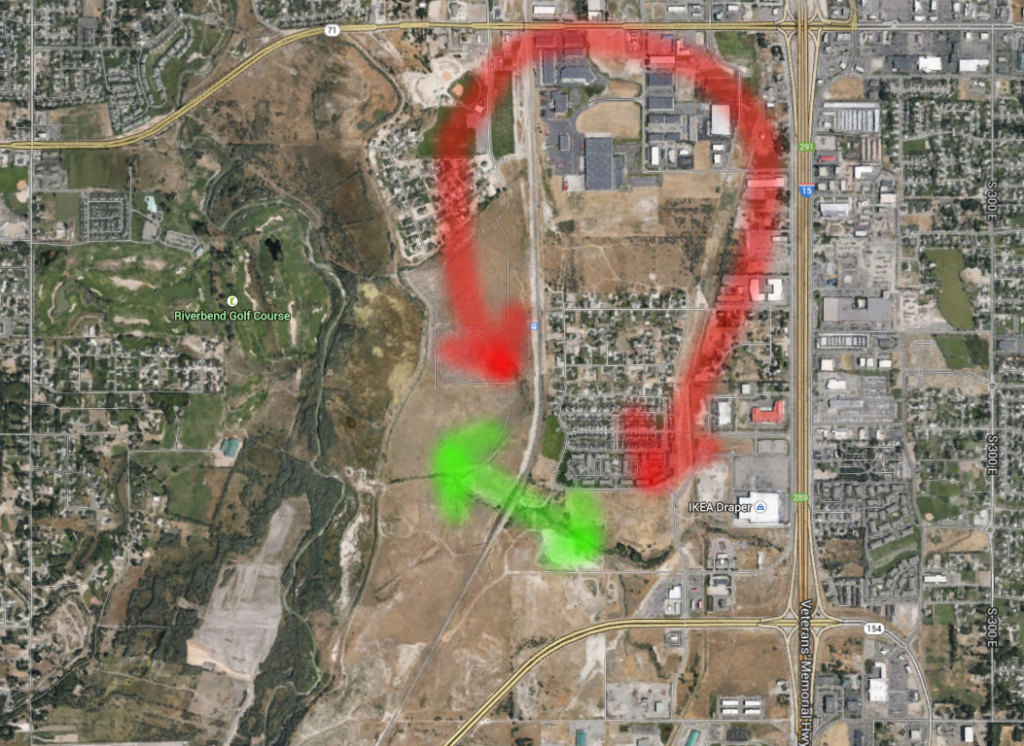 I did some mild trespassing (there were no signs telling me to scram and now active work or workers).  Here’s a photo dump: 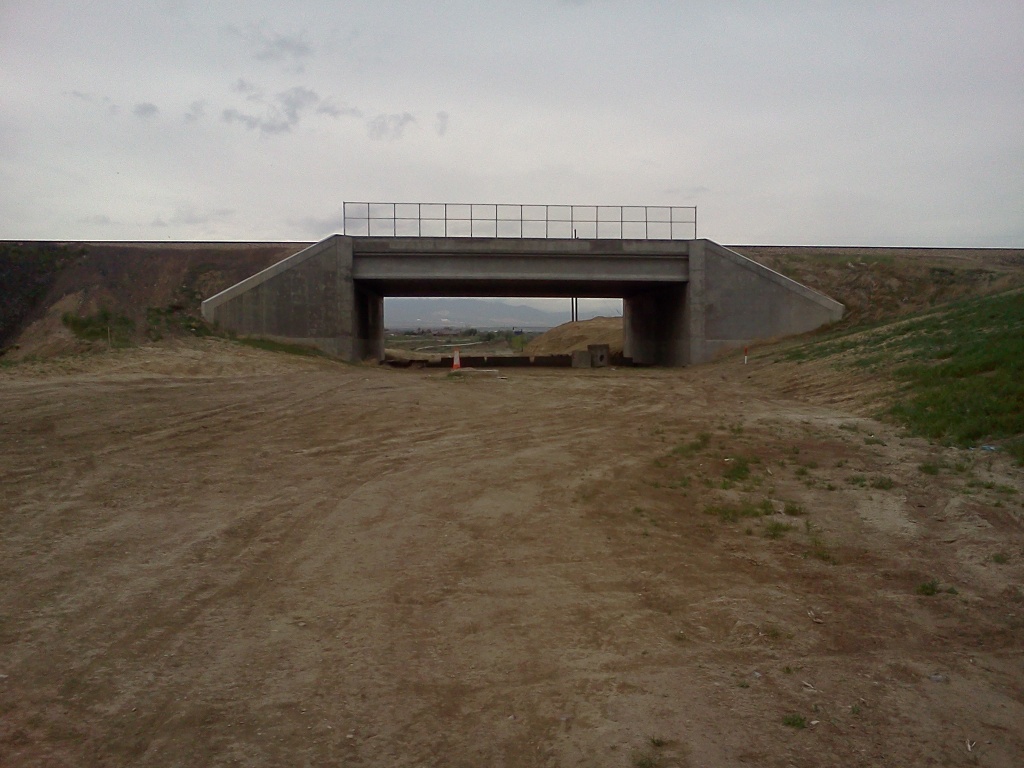 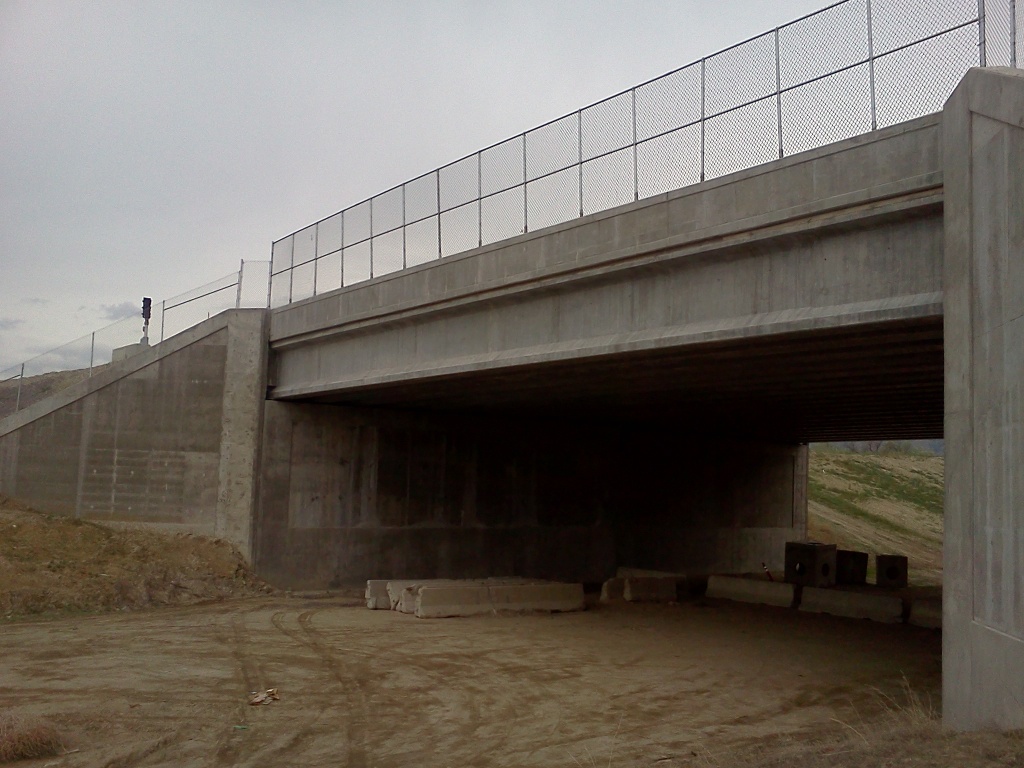 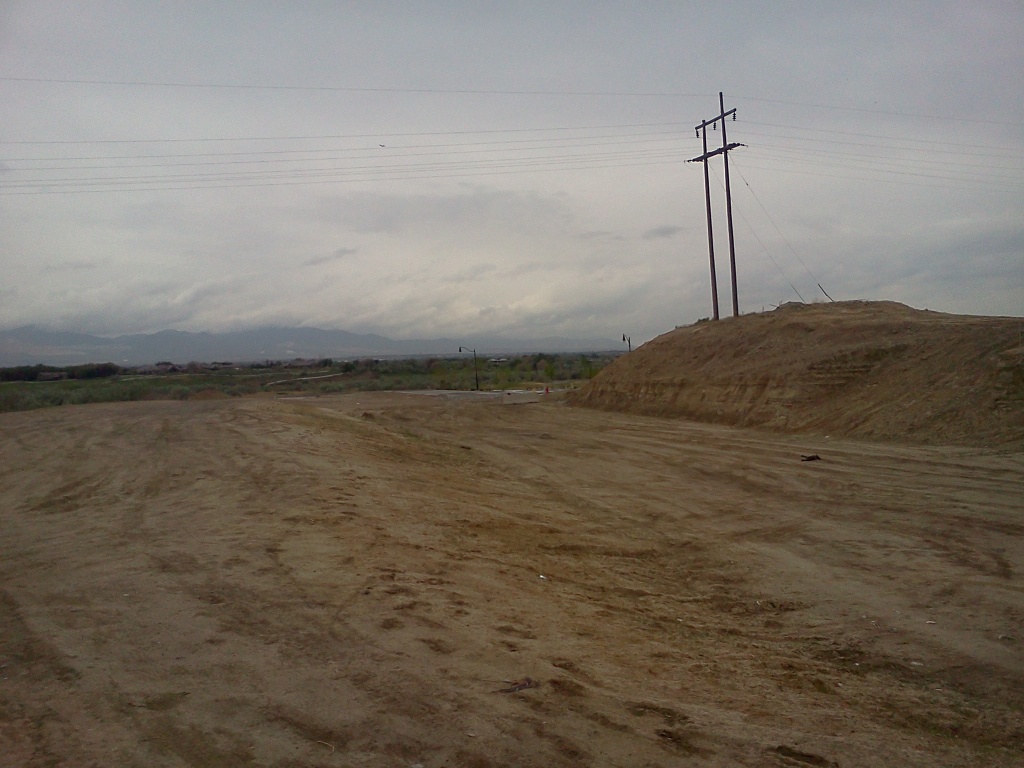 Some construction worker had some fun. It’s entire meaning is left to our imaginations since somebody removed the second jersey barrier that had the second-half of this spray-painted message: 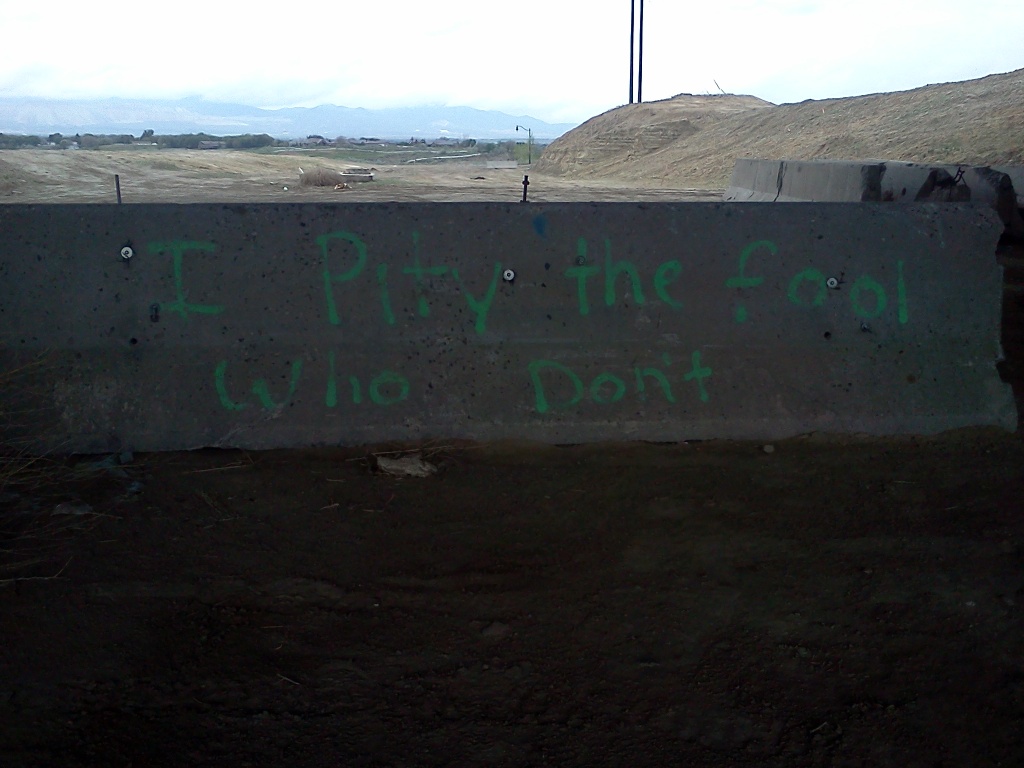