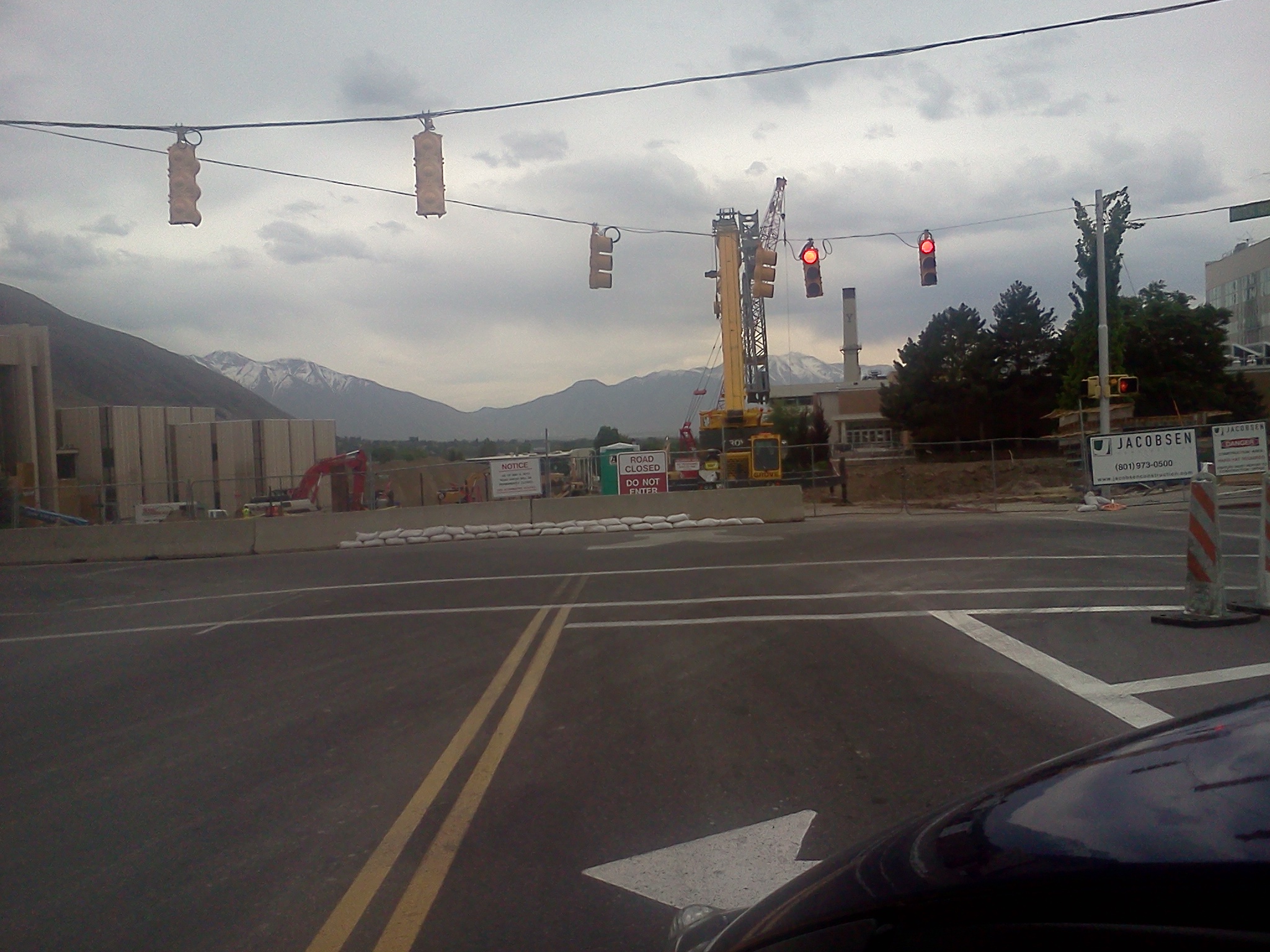 Campus Drive was a ring road that allowed vehicular access to the internal parking lots of Brigham Young University’s campus in Provo: 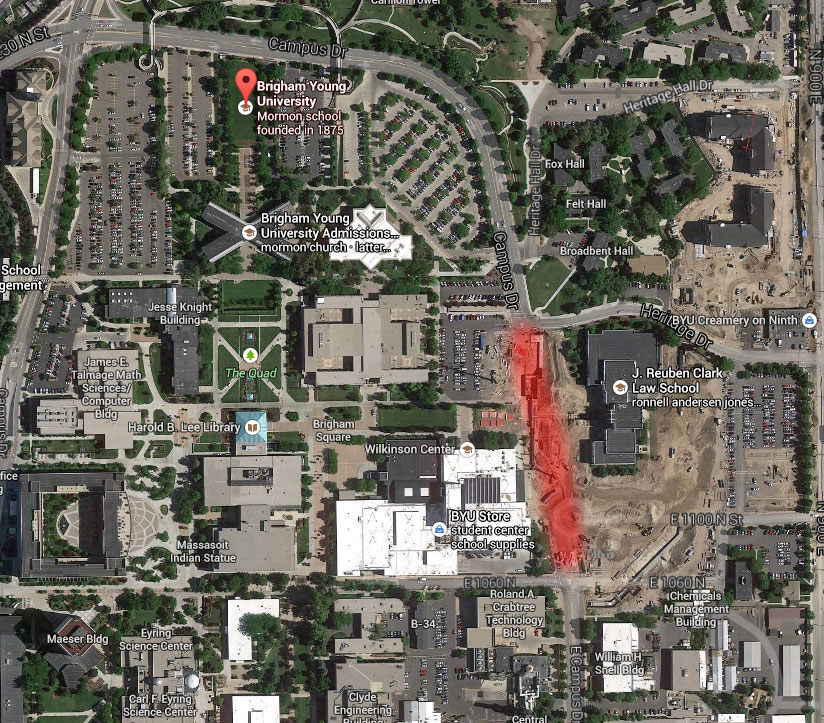 It’s now closed, as you can see from the barrier in the middle of the street: 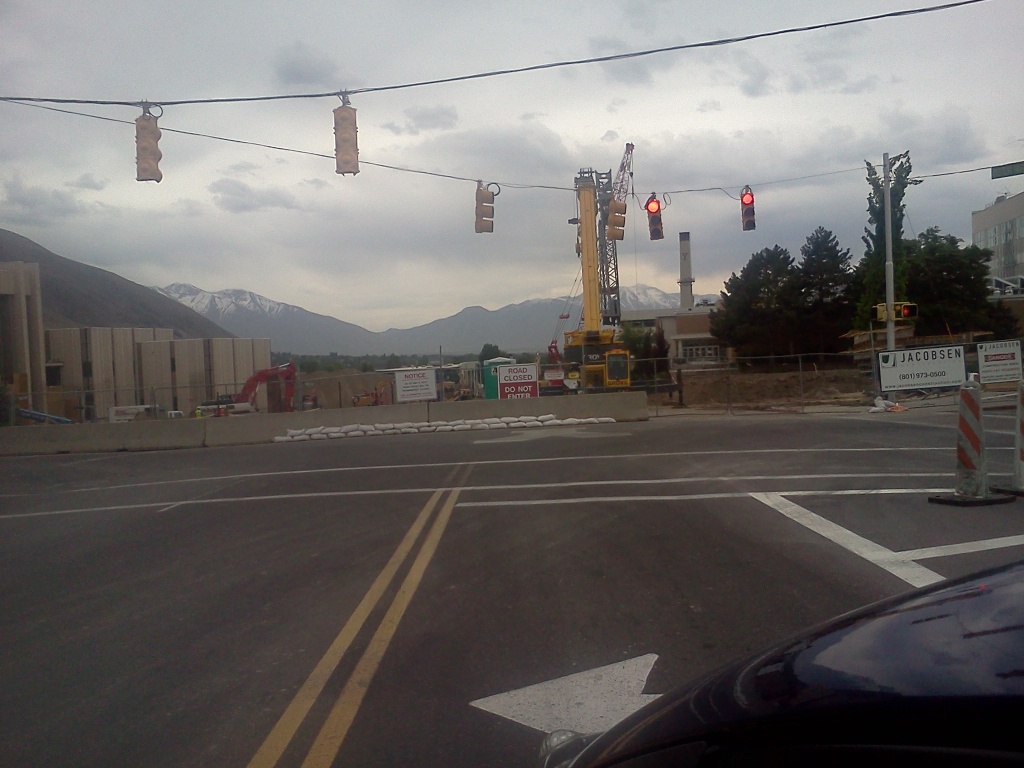 I liked the old way, but to be fair we humans tend to have a status-quo bias.  Oh well, there’s a big hole in the ground now and the skybridge is gone: 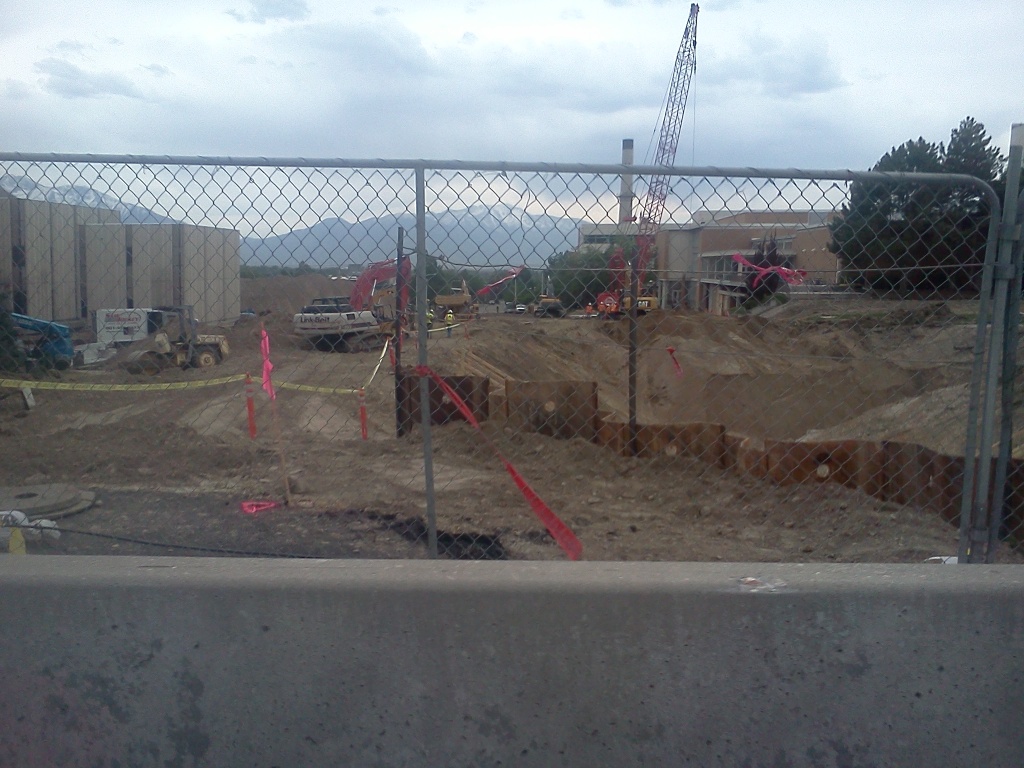 BYU’s worst-kept-secret is its network of utility tunnels.  A decade ago as an undergrad, I had friends who tried to get inside but the school keeps them well locked.  And for good reason.  BYU uses a central coal-fired steam plant to generate hot water to every building and dorm on campus.  These steam tunnels are genuinely steam tunnels.  And it looks like they’re building another one while they’re tearing this project up: 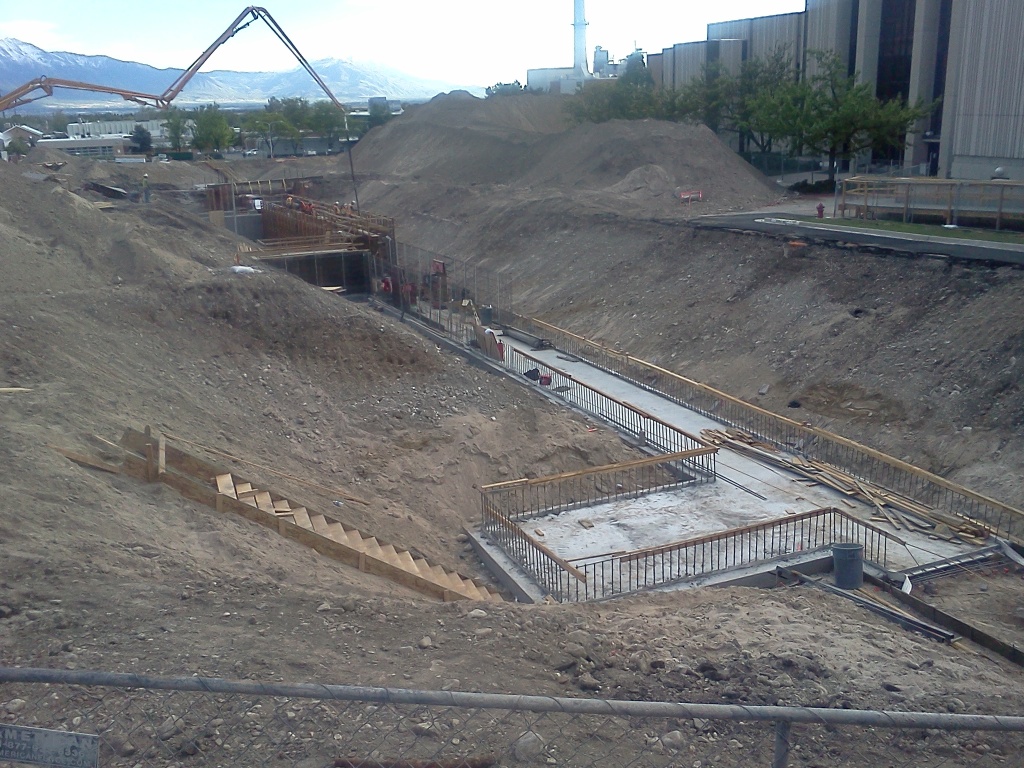 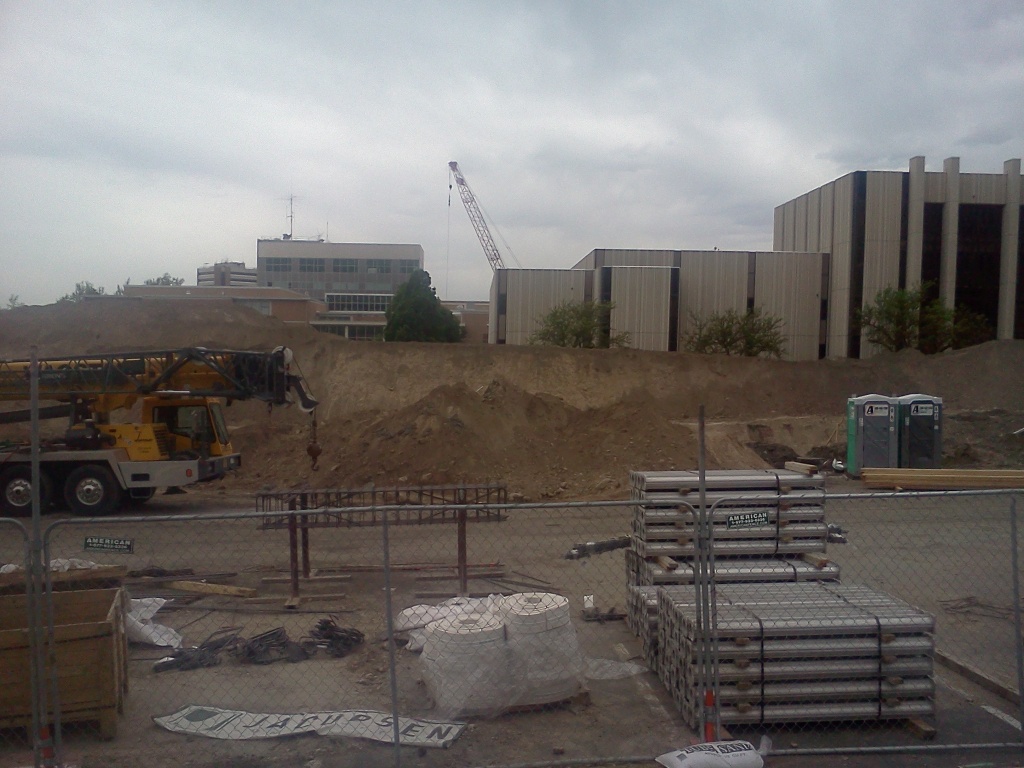 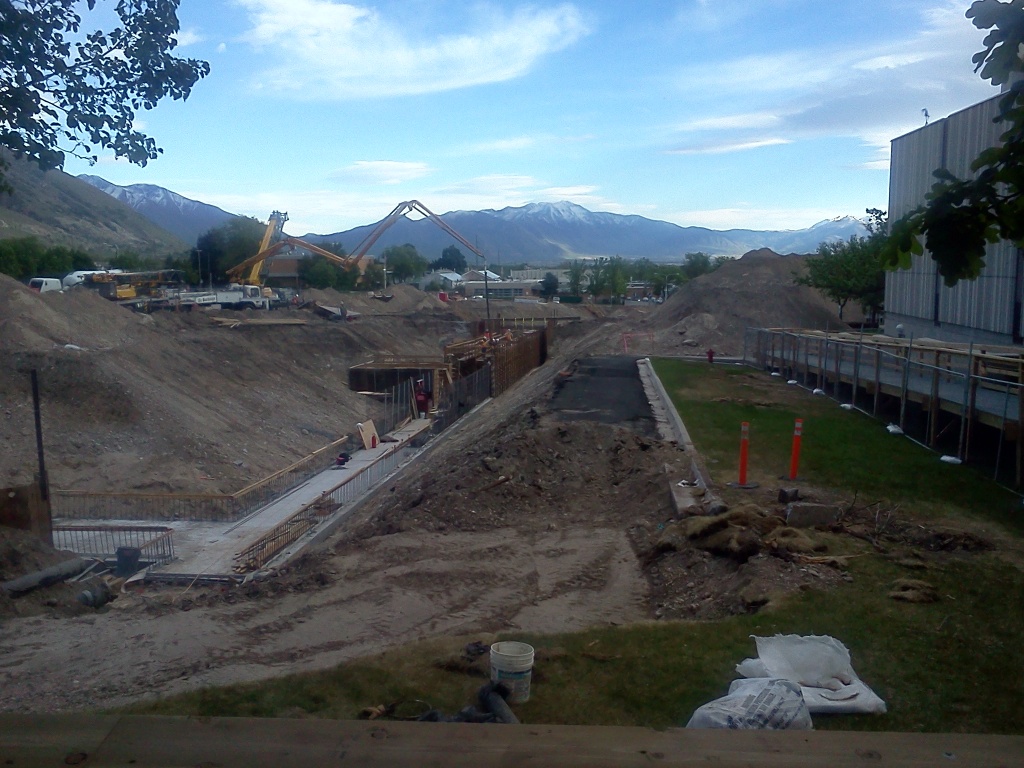 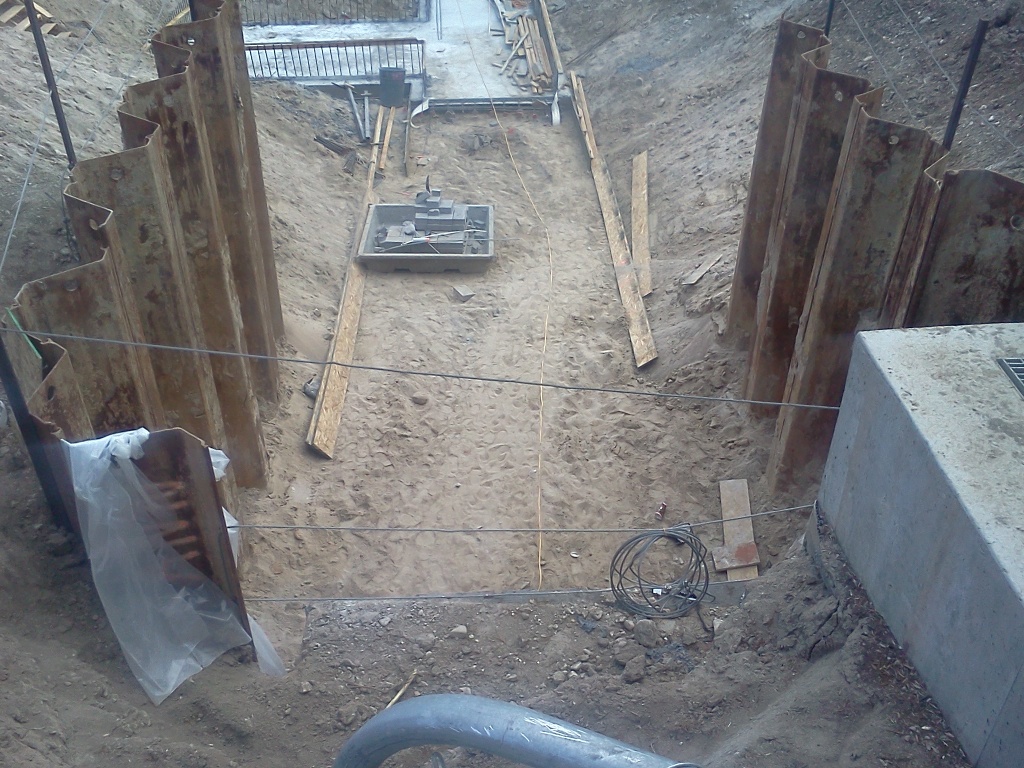