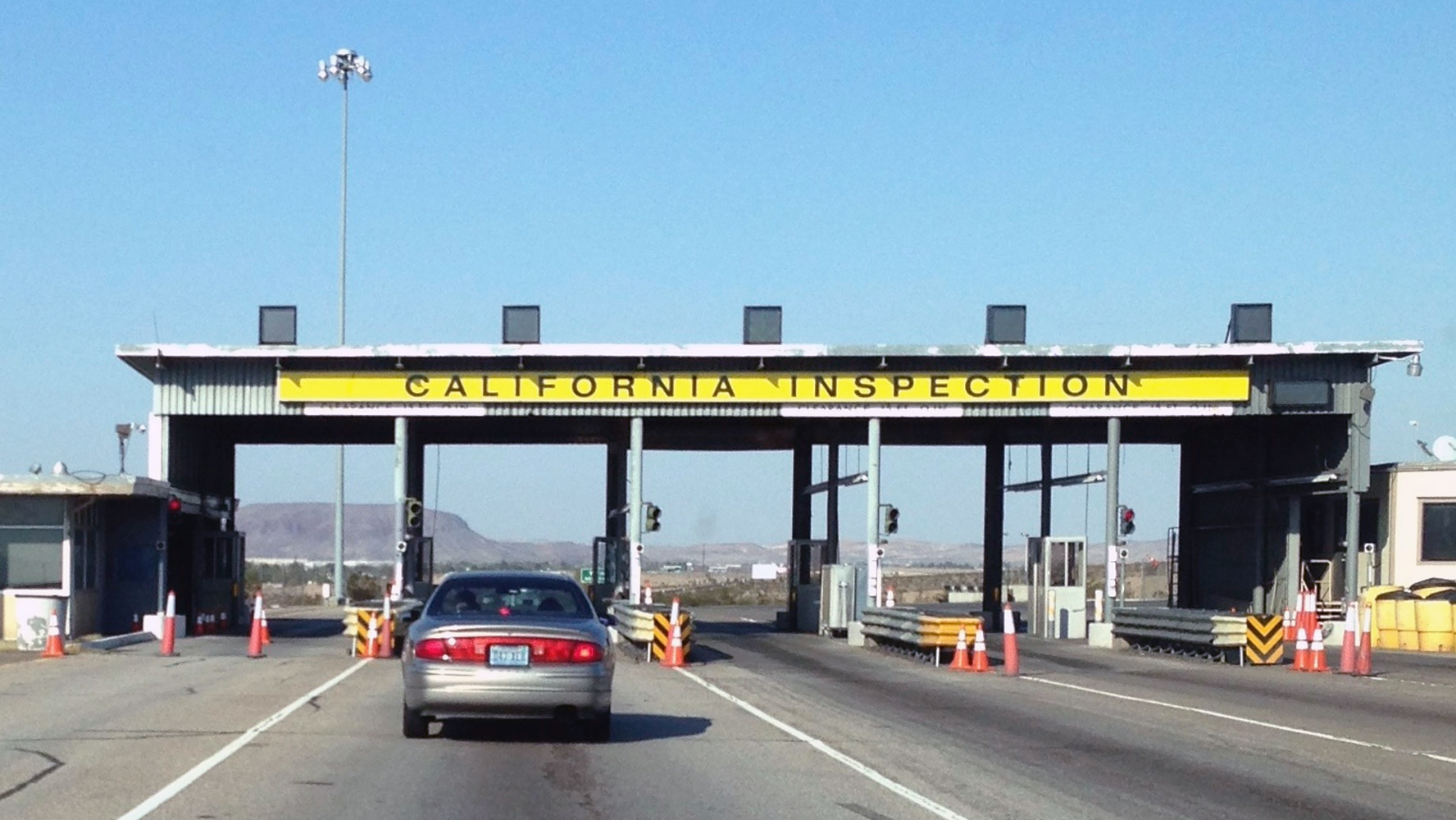 Saying Goodbye to the Yermo AIS

“All we have are banana peels.”

One of my earliest childhood memories was my Dad getting a laugh out of the state employee in response to his question if we had any produce to declare.  This was the 1980s and it was still common for inspectors to stop every car entering California to check for contraband fruit.

Today nearly every car is waved through as the poor five-lane inspection station is choked with traffic, even during off-peak weekday afternoons.  It turns downright chaotic during the crush of Vegas traffic returning on a Sunday.  This little choke point leaves a measurable impact on Nevada’s tourism economy.  It’s lead the mayor of Las Vegas to wish that California “would just flatten it” (1).

“To me, the best thing [California] could do is just flatten it. I don’t see what good it does.” – Carolyn Goodman, Mayor of Las Vegas

That’s because this shack was designed for 1 million vehicles per day.  Today is sees about 8 times that.  It’s all going to change soon, as the new I-15 Agricultural Inspection Station (AIS) is set to open sometime later in 2018 about seven miles from the Nevada border (2).

As I drive by today, the new AIS looks nearly complete.  It’s been constructed just west of the southbound lanes of the freeway, adjacent to a new big rig stateline CHP inspection building.  Instead of five lanes, the new AIS appears to have eight.  I suspect the mainline freeway will eventually be closed off and all automobile traffic will be diverted through the new AIS.

Problems from day one?

I’m sure the Las Vegas Convention and Visitor’s Bureau (and other chamber of commerce groups) are cheering the completion of the new AIS.  As they should.  It’s about time California spend a little money replacing a piece of infrastructure that’s half a century old.

But let’s consider a Sunday night.  Traffic for the Yermo inspection station stretches for miles and miles.  (Well, honestly, the traffic stretches all sorts of places from Cajon Pass to Blue Diamond Road).  Even with an expansion to eight lanes, it’s not likely the new facility will be able to handle the capacity approaching it.  This leads to queues.  And where will the queues stack up?

Right now, cars approaching Yermo sit in bumper-to-bumper traffic in California.  Now, being just miles from Primm and the stateline, these queues will extend into Nevada, further complicating the existing jam caused by the lane drop at Whiskey Pete’s (but that’s another issue for another post).

I’m not Eeyore here.  This is a good improvement the state is making.  I just worry placing the busiest AIS so close to the state line just rubs salt into the wound for our neighbors to the east.  Nevada is already not thrilled the AIS exists in the first place.  They are likely not happy that their freeway is 6 lanes but drops to 4 at the desert, and there’s very little political will for California to ever widen it.  And now we play be stacking queues for our AIS in their state (or they will see it that way).