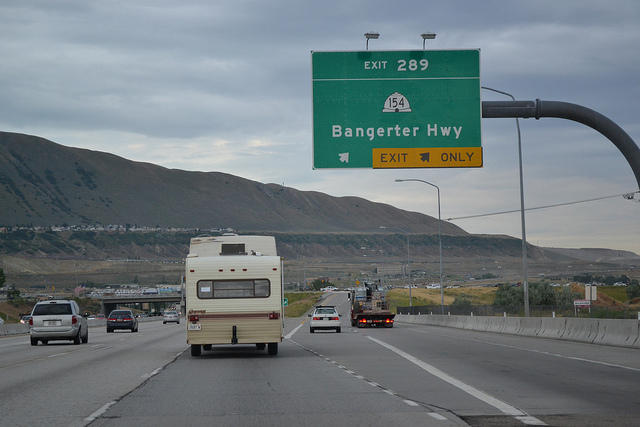 “Since when does a highway have stop lights?”

I’ll never forget my buddy Paul complaining to me about Bangerter Highway. He’s from Ohio, where the word “highway” means  “freeway.” But putting aside English-language nuances, he has a good point — and one most Salt Lake County westsiders have complained about for over two-decades: Bangerter should’ve been a freeway.

(It also should’ve included a pedestrian component, but that’s another discussion for another time).

The good news is, Bangerter is slowly turning into a freeway, with new grade-seperated “freeway” bridge/exits at 7800 South (2010) and Redwood Road (2015). But it’s a slow journey:

About a decade ago, one of the earliest intersections to fail was 3500 South. For reasons I’ll never understand, leaders in West Valley City told UDOT they didn’t want a freeway-style bridge because it would “divide the city” (or some unintelligible reason).

So, UDOT took a glance to the south and stole this idea from Mexico City: 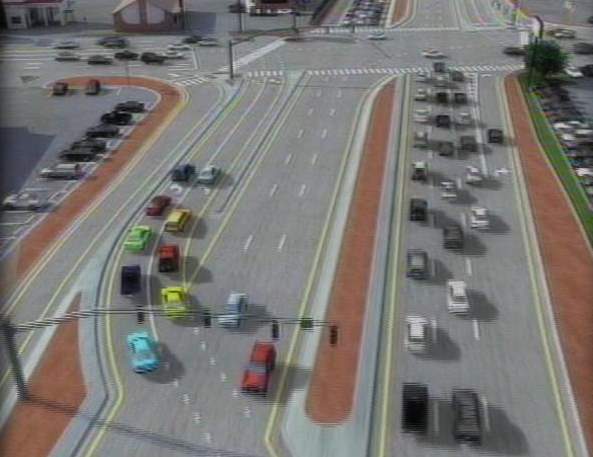 They call it a “continuous flow intersection.” But that’s just marketing inside baseball. Really, it’s a weird intersection that displaces the left-turn bay to the far left-hand side of the intersection so left-turning cars to turn left simultaneous to the through traffic.

They claimed it would save 30% red time for Bangerter.  Over the summer of 2011, they replaced every traditional intersection from 3100 South to 7000 South with a CFI.  It appears to work. Once I get stopped at a red, I get into a ‘sync’ which appears to give me green lights most of the way. Well done, UDOT!

The unthinkable finally happened a few years ago. A big smile spread across my face as I noticed 7800 South bump up in WFRC’s “TIP” (a list of funded road projects) to a high-priority project. When the new interchange opened, West Jordan was actually usable again.

We’re well underway to a second freeway-style interchange at Bangerter and Redwood in Bluffdale, Utah.

So the question I keep anticipating the answer: How soon will the rest of the highway be converted into a full-on freeway?

The answer: Slowly. But there are concrete plans (pun) for progress. According the February’s meeting with the State Transportation Commission, there are two new freeway interchanges planned for Bangerter, bringing the running total to four:

In addition, UDOT has listed some unfunded projects they’d like to see happening really soon. According to their “bang-for-buck” study, the priority list would be: