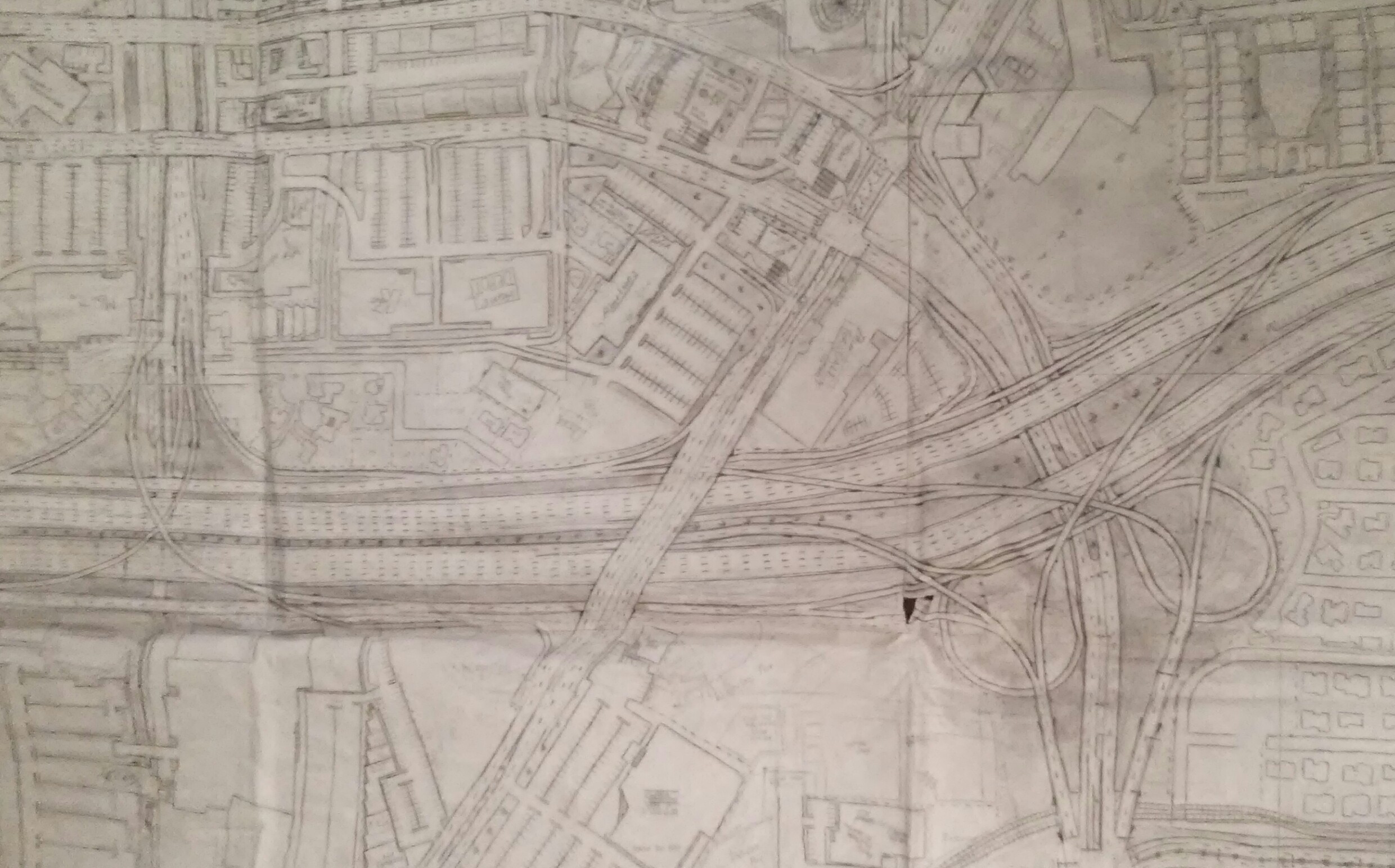 In retrospect, I wish I’d put more time into getting a girlfriend.  Oh well.

Over fifteen years ago, I was in junior high school.  Being borderline-A.D.D. and super stoked to get a driver license, I began drawing “cities.” I put the word “city” in scare quotes, because I really drew freeway interchanges and complicated intersections.  But I felt, for the sake of imaginary realism, that I needed enough city to justify constructing the interchanges.

And it gave me something to eminent domain and demolish (erase) when I decided to re-configure an intersection or interchange.  In this particular drawing, I can see former pencil marks which imply I originally had more cloverleafs at the big interchange.  Fifteen-year-old me must’ve decided to demolish (erase) them when I built (drew) the new collector-distributor system.

My favorite fail:  A hundred-million-dollar-plus network of flyovers … all dumps into a traffic light.  So much for flow, right?