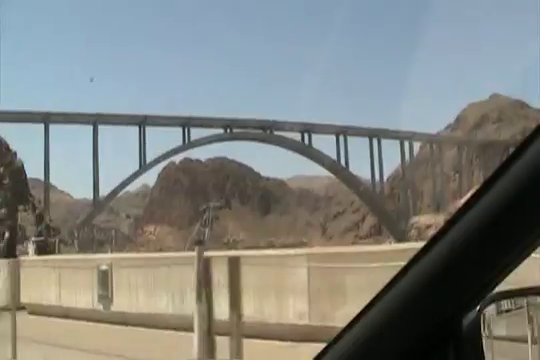 I recently visited the Space Shuttle Endeavour’s permanant home at the California Science Center at USC. I’m a child of the 80s, my father worked in aerospace, and the ole’ reusable shuttles were easily among my largest childhood idols. As I walked around Endeavour’s hangar, plaques line the walls, showing every shuttle mission NASA ever made.

Seeing the final plaque (July 21, 2011) made me feel very sad. America’s era of doing “great things” almost seems over. We’ve built all the dams, completed pretty much all of the Interstates, and lost the public’s appetite for space travel. We don’t build or do anything great in America anymore.

And then I found the video I produced of the Hoover Dam Bypass back in 2011:

I first saw this bad boy while it was under construction back in 2009.  The traffic crossing Hoover Dam was sooooooo terribly slow (as it had been for decades), giving me plenty of time to examine dizzingly-tall beams, and cranes, concrete forms to build something nearly as spectacular as the very dam this bridge is designed to bypass. 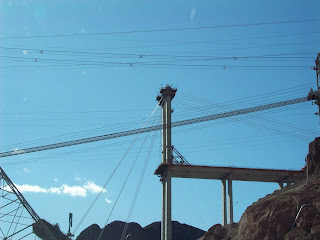 According to Wikipedia, planners, politicians, and engineers have dreamed about this bridge since the 1960s.

They got close to getting the project going in the 80s. And finally, in 2005, in our post-9/11 anti-terrorism paranoia, were able to scrape together enough local and federal cash to actually get this thing built.

The way they constructed the bridge, I almost wondered if its final design would include the tall towers, making it a cable-suspension bridge (similar to the Golden Gate Bridge in San Francisco). But the towers were only temporary to hold the bridge into place while crews constructed the arch, which ultimately holds everything in place.

The bridge is part of Interstate 11, which Nevada and Arizona have been hungrily working on for well over a decade, to complete a freeway link between Las Vegas and Phoenix.